Things You Need to Know About Dating a Lawyer 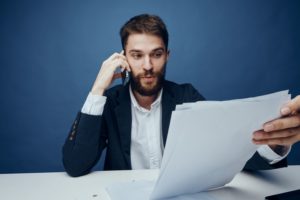 When somebody tells you that dating lawyers is like dating everybody else, they’re actually lying. It might be a bit straightforward for you, yet once you’re into a relationship with a lawyer, you will know how hard and tough it is. Lawyers can be stubborn and since they are always into arguments, expect the unexpected.

Below are the things you should know about dating lawyers:

Legal Field is Filled with the Parties

You should have killer party wardrobe since lawyers attend lots of events and the majority of them are high class. Be ready to meet people from politicians, Congress, celebrities, and more public personalities. In spite of what most people think, lawyer gathering isn’t boring, so you’ll have lots of fun. Another thing you should know about lawyers is they always get over-excited on the free time plans since they have little free time.

It’s the starting point and lawyers think completely different. They’re trained to think differently right from the first day they have decided to be a successful lawyer, so you’ll need to get used to it. Lawyers may be highly objective in subjective situations, which is actually a double-edged sword. However, this is a benefit in some critical situations that allow your date to act correctly and quickly. Yet, when it comes to love, it is another thing since they’re used to being objective, a lawyer could be cold as well as lack affection sometimes, yet it does not mean your date does not want you.

You’ll Be Alone a Lot

Sometimes, dating lawyers feels like dating ghosts since they work hard always. You’ll often find yourself alone while the lawyer will prepare cases. If you’re the type of person who wants to go out at six in the evening, you’ll be disappointed since lawyers work late hours. Another thing you need to get used to is cancellations. Never be surprised if the date cancels all plans since she or he has to go through a huge pile of laws and books to build the case they’re working on. That is the reason why the law is considered as one of the most swiped professions on various dating apps.

You will be able to learn legalese. Also, it is valid if you’re dating law students who will practice their speeches around the home, which forces you to hear such legal terms always. The next time you’re confronted with reading contracts, you’ll notice you understand it better, which is a big advantage.

Lawyers Love Everything about Commitment

You have to take note that lawyers love everything about hard facts both in love and in work, so they like to be in a relationship that is solid. They also love being clear when it comes to their dating status and would want to have their partner write on the calendar about their anniversary. The golden rule is to keep things as solid and clear if possible in every area of relationship.